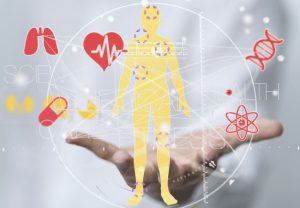 Big data is viewed by most of the public with immense caution and fear, conjuring images of Big Brother watching your every move in an Orwell-esque nightmare. We are well versed in films, books and tv shows which display thought-police controlling us and robots enforcing the law of a tyrannical government. However, in reality, Big Data saves lives, and is making a better world for the future. The only problem is that restrictions in the availability of data, in particular medical research, are really delaying the development of Big Data.

One of the biggest problems here is that data restrictions is in the fight against cancer; researchers will often pinpoint lack of data availability as one of the biggest challenges faced in their research.

The idea is that this data could be brought together and examined so that it is more than the sum of its parts, but this data is often in ‘data silos’, and there is no communication between these groups. Furthermore, it is common to find the genetic make-up of cancer cells from a patient in one silo, and a completely separate and difficult to navigate database containing the patient’s information, symptoms, and response to treatment. These two pieces of information only have value when studied side by side, where there is the possibility they will reveal previously unknown causes of cancer, and help towards the development of more effective treatments.

Furthermore, this data availability problem is also harmful in other areas of medical research. In terms of rare diseases, it seems as though it would be a lot better for doctors to be able to easily access the research of others, and share their research. This could lead to a superior understanding of the disease, and would lead to an international body of research that would be helping researchers and patients from other sides of the world. Through responsible and effective sharing of data over, in effect, a ‘genomic internet’, data collaboration can help save lives.

Patients are also playing a role in the development of data sharing. For example, ROS1 is a gene that, when damaged, can give rise to cancer. Spurred on by a lack of progress with this disease, over 130 patients from 11 different countries came together and have approached a foundation to develop a clinical trial for this disease. It is likely that we will see a lot more patient-driven approaches in coming years, which promises to be beneficial for rare disease and cancer research.

There has recently been a call for a change in policy, which would enable data sharing that will eventually increase survival rates and improve the quality of life of cancer patients. Patient involvement is at the heart of this work, giving the public a vital role to play in making this a reality. Only with the support of the public can Big Data be used for such a good cause worldwide.